In situations where money talks, everybody of a desirable interest would spare their ears to listen very carefully and where power and political influence seems to rule in a country, then this ultimately and inevitably becomes corruption’s playground too. We live in a time that is inhabited by some of the most corrupt politicians of the world. It honestly does not take much other than having persuasive talent, verbal ambition, valuable contacts in the right places at time and a heap of money to squander around loosely in order to master the art of bribing somebody in high places and to place them in a position where something dear to them would be threatened if they do not comply to whatever proposal you were brave enough to bring to their tables at short, random and unexpected notice. This is primarily more than enough to turn a good yet average and common politician into a corrupt individual that is ever ready to bask in the life of ‘white-collar’ crime.

In this fast paced world, there are many corrupt individuals who are notoriously famous for their illegal and unlawful deeds at the cost of state taxes and other funds that don’t belong to them. Situations of this nature has spread throughout the world and isn’t uncommon in most cases. Below are 10 of the most corrupt politicians of the world. You may already have prior knowledge of some of them, however it’s time to bring to light about these politicians darkness that they have been shadowing in for the duration of their seats in their cheated positions until being exposed and de-badged of their statuses.

Former President of the Philippines 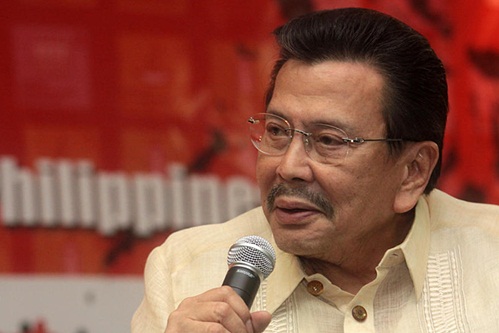 At the very beginning, before he has been officially elected as president, he used the art of manipulation to create a “land of make believe” by using the poverty circumstances of the majority of the Philippines against them in order to aid in his campaign and manifesto which obviously helped in his election process as he somehow predicted that , it’s the only way to gain the respect and voting favor of the lower class first so that the higher society members could recognize him as being a true president that is there to genuinely improve the well-being of the people starting from the lowest to the highest in society. To his shame, there was obviously an ulterior motive behind his charade that he managed to put on as his won the votes and has been elected as president of the Philippines in those years.

Joseph now counted among the most corrupt politicians of the world, had started off as an Actor in his early life and no wonder he was able to pull this off successfully in deceiving the people who genuinely believed and saw a ray of hope in him. Joseph Estrada has been corrupt since before he even became president, and sadly the Philippines were too vulnerable to see it. Joseph Estrada has been accused and brought to books and is believed to have taken more than $80 Million in bribes and corrupt dealings.