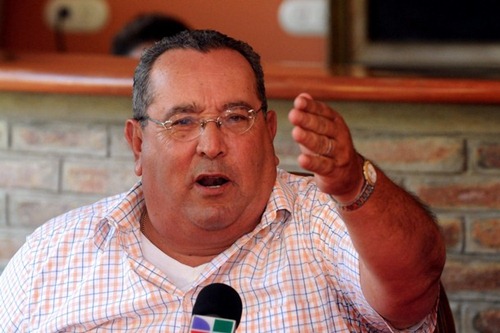 Former Nicaraguan President Arnoldo Aleman (1997-2002) talks to the foreign press in Managua on January 22, 2009. Aleman was acquitted of all charges against him of money laundering and embezzlement and cut short his 20 year prison sentence after serving seven years of house arrest. AFP/Miguel ALVAREZ (Photo credit should read MIGUEL ALVAREZ/AFP/Getty Images)

Being the 81st President of any country should be a huge honor to every Man, regardless of how many Presidents were before you, the ‘President’ title simply means, head of the Nation, Leader of an entire country, World recognition, being an official part of a country’s history etc. However some people seem to not realize the novelty, importance, honor and integrity of their Presidential titles and tend to abuse the privileges handed to them by the state. Presidents are under oath too, however for some people like Arnoldo, all this doesn’t mean as much as having all of the world’s rich’s that exceeds his pay which was bound to spark and arouse suspicions.

Aleman has pursued the career of being a Lawyer before presidency and that alone should tell you that his Oath and promise to the law, the country, should have been stronger than ever. We may give credit to his personal success as a lawyer, then running for Mayor of Nicaragua and then President and then one of the most corrupt politicians ever! Quite an outstanding and successful career development in politics and business too and the perfect way to be sentenced to 20 years of imprisonment for corruption by the embezzlement of more than $100 Million from Nicaragua’s Treasury. 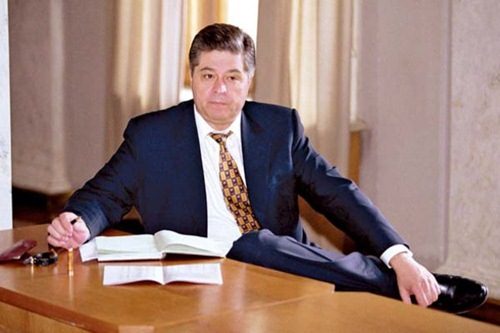 The common pattern amongst each of these corrupt organisations or individuals is that each one sets a trend that goes higher than the last corrupted individual. It’s strangely almost like a competition of who can steal the most amount of money or be the nations most corrupted politicians. It is rather amazing and stupid as well, what some individuals would to do gain a place in the history of the world but for the wrong reasons.

Pavlo on the other hand seems to have done extremely well in his illegal and unlawful acts during the duration of his time as just a mere PM (Prime Minister), not even the President in this case. Still regardless of being the Prime Minister, it was in Pavlo’s plan to use the President as a shield or to divert all attention from him, so that he could continue to go on his quest for fraudulent activities that are to the estimated corruption value of $200 Million which seems to have mysteriously disappeared and later revealed that part of it has been used to sign a$10 billion dollar deal abusing Office rights and terms .Most definitely creates a big Title on the forehead of Pavlo to have been one of the most corrupt politicians of the world to have been able to sneak a value of $200 Million under the carpet or out of the visibility of authorities concerned.