You can’t be expected to keep up with every headline that is happening and still maintain your sanity. Sex and crime are the two most newsworthy elements and they are also the ones that make you most sick. We have taken upon ourselves to provide you with a summary of what is happening around the world today. The timeline that this article covers is the past twenty days from 26/7/17. These stories may be ridiculous for some, but they are also important. 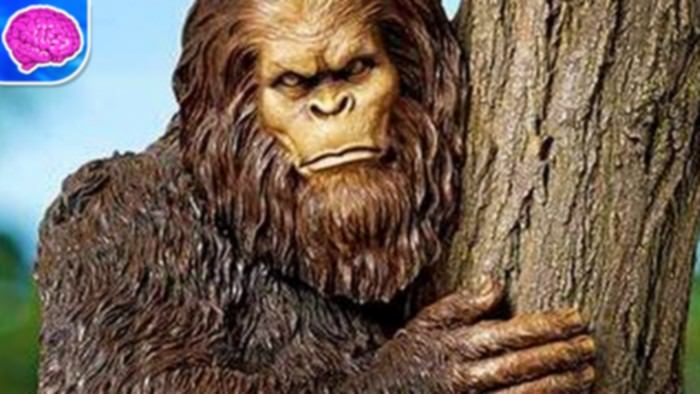 Janie Horowitz has been ousted pending investigation. The claims against him include sexual harassment. Horowitz is the president of the national networks for Fox Sports and his firing off the staff is a high profile suspension. Whilst his attorney called the move “appalling”, a Fox News representative called it “fully warranted”. In May 2017, Bob Beckel, a host of “The Five” Was fired by the network due to racist remarks he made to a black colleague. Before that in April 2017, Fox News parted with Bill O’Reilly due to harassment claims made against him. Although the anchor denied that the claims have merit, there was a reported settlement of $13 m between him and the females that accused him of harassment. O’Reilly had been working for Fox Network for 21 years and there were speculations that the company might not survive without him. Let’s see what Janie Horowitz leads the network  to.

9.  All time lowest US fertility rate

There were 62 births per 1000 women in the US in 2016 which is an all time low. In women above 30, the fertility rate actually increased but it was offset by record lows in the age groups below 30. The US societal setup discourages marriage before 30 and hence kids too are deferred to the later part of someone’s age. Although there is a trend of being intimate outside marriage in the country, it appears that accidental pregnancies in relations before marriage is being controlled better than before.  5% of the world’s population resides in the upper half of the American continents. The low birth rate does not refer to poorer living conditions or lack of facilities- it shows the preference of young people. (Source: The New York Times)

8. The gang fight of Acapulco Prison

Acapulco is a beach resort city but despite the placid offerings that the place can make- inhabitants choose to make it one of the most violent cities in the world. There are rival gangs operating in the city that struggle for control of the local drug market. During the gang fight under discussion, according to Guardian, authorities discovered the bodies of prisoners- with many of them beheaded- in the prison cell that boasts of “maximum security”. 28 prisoners were killed following a brutal fight on 6th July which caught so much attention that the city was visited by the Chief of Homeland Security of the US. The fight was one of the worst to have happened.

One of the most insane things happening right now is the unveiling of which features will the next iPhone have. The next iPhone is expected to launch in the Fall season this year and Apple is planning to introduce a security feature that uses 3D technique for facial recognition instead of fingerprints. Apple hopes to enhance security and improve secure launch of apps through this. Although our favourite phone, there are many features that we would like Apple to possess: lesser price for example! Can you estimate how much the new model is going to cost after adding security features that use facial recognition for authenticating payments? The iPhone is one of the most popular smartphone brands in the world with 13.7% of global market share. The company is also testing eye scanning for phone security features.

President Donald Trump has made explicit statements more than once about the election of 2016 being rigged. Ironically, this claim also places a doubt on his winning but Trump did not rest at this. He claims that people voted fraudulently for Hillary Clinton and he had the more popular vote. A fraud panel was formed to investigate these claims but 44 states have refused to give the information stating that it is unnecessary and a violation of privacy of voters. In fact according to USA today it is deemed that the panel may spark a battle involving voting rights. The president’s advisory committee on integral elections is already losing one of its members to make things worse. According to experts this will only lead to undermining the confidence of the American voters and thus could be the most insane amongst the insane things happening right now.

The rogue nation North Korea sees and bears no sanctions, treaties or agreements when it comes to growing its military power. It test fired a missile, claiming it to be an intercontinental missile. The haughty leader camp ruled out the possibility of an intercontinental missile until they saw these stats: it was airborne for 40 minutes, it travelled 578 miles, it reached an altitude of 1,500 miles and then landed into the Sea of Japan. U.S officials have now confirmed that the missile is indeed an intercontinental ballistic missile. Following the attack, North Korea reaffirmed that as long as the U.S threat of nuclear weapons and sanctions remained, it would not roll back on its plans to develop nuclear missiles. According to The New York Times, North Korea also claims that the newest missile has the ability to hit the “heart of the United States”.

The US District Judge Edward Davila dismissed a lawsuit that accused Facebook of tracking user activity even after they had logged out. The plaintiffs alleged that users pushing the “like” button on third party websites helped Facebook track preferences and likings and was thus an intrusion of privacy. However, the judge dismissed the claim saying that it was the responsibility of the plaintiffs to keep their browsing history private. If they choose to hit the like button, they are doing it on their own and not under force. Therefore, in a way the judge officially allowed the multibillion dollar company to keep track of its users. This is particularly troublesome for people who like to lurk in the dark corners of the internet. So the next time you choose to browse through a website that you think is murky, do not hit the like button (not Facebook but NSA would still find out!).

One of the most insane things happening right now in the automobile industry is in France. The country’s lawmakers have announced that all the cars fueled by gasoline will be banned by the end of 2040. Low-income households that cannot afford green cars will be given a subsidy by the government through which they will be able to swap their polluting cars with the cleaner, newer, environmentally efficient ones. How these cars will be produced is another question though. Is the method governing their production going to be safe for the environment? Meanwhile, Volvo has announced that the company is now ready to phase out the production of combustible engines and move towards producing electronic and hybrid cars by 2019. Looks like the third world countries are in for a whole new boom of “polluting” cars coming their way. Yes, they dump the waste in the eastern part of the world.

The shooting involving Miosotis Familia, a 48 year old officer of the city police and a mother of three is number two on our list of the most insane things happening right now. She was on duty and was ambushed and fatally shot by Alexander Bonds. Bonds has a lengthy criminal history and the 34 year old assaulter himself was gravely injured in retaliation after he drew his gun on the police. The attack was defined as an “unprovoked attack on cops” because Familia was just sitting inside her police vehicle. The officer is a 12 year veteran and was working in Bronx when the incident happened. Familia succumbed to her injuries and died later but Bonds is now in a stable condition The gun he used had been stolen from West Virginia in 2013 raising yet another question on gun control in the country.

This could honestly be the most incredible amongst our list of most insane things happening right now because although technology is ruining our lives, no serious measures seem to be taken against its use. In fact, even after rapes are shown on Facebook Live, they go unreported until 200 or so people have commented thus showing how our screen time is rewarded. The Chinese gaming giant Tencent has restricted the playing time for kids on their most popular game. This has been done to ensure that kids do not spend more than one hour on gaming. Only few companies will take steps like this leaving parents alone to take care of the kids and screen time. Tencent lost $14 Billion on the Hong Kong Stock Exchange after state run Chinese media condemned the online game King of Glory by commenting how it was “ruining the lives” of young people addicted to the game.