Donald Trump has become the most talked about person on this planet and why not, this TV Star has risen above to become America’s President. It doesn’t matter if you love him or hate him, it looks like he is going to stay. Did you know he is a family person? Here are 10 facts you might know about Donald Trump family. 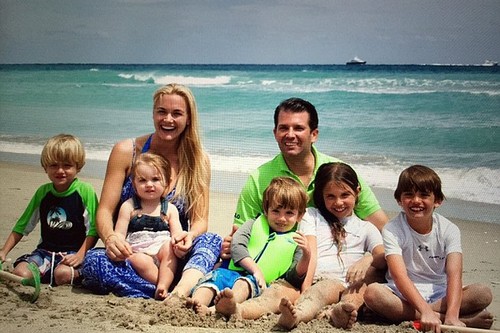 Yeah that’s right. There is another Donald Trump in this world who is the 39 year old son of Mr President. He was born from Trump’s first wife Ivana Zelnickova, and is his eldest son. Just like his father, Donald Junior has five children of his own with his wife, Vanessa Haydon, who happens to be a model. He holds a position of an Executive Vice President at The Trump Organization and along with his brother Eric, he is a trustee. He even attended the same university as his father which is University of Pennsylvania, and holds a bachelor’s degree in Economics.

What many people do not know that following his graduation, he moved to Aspen Colorado and remained estranged from his father for about an year. He worked as a bartender and skied, fished, hunted while slept in a truck at night! He returned to New York in 2001 to stand alongside his father and now he has been walking on his father’s footprints for quite a long time. Controversies stirred over him in 2012 when photos of him hunting illegally and posing with his trophies went viral. He is almost in his way to become just like his father, all he needs to do is to write book.