We often think of some of the most famous people in history as untouchable and only ever envisage them as they are shown in the public eye – however they existed before their fame and lived pretty normal lives.

They graduated, they raised families and some even saved lives.

From Barack Obama in high school to a baby faced Marilyn Monroe – here are some amazing photos that show the past of some of the most well known people throughout history. 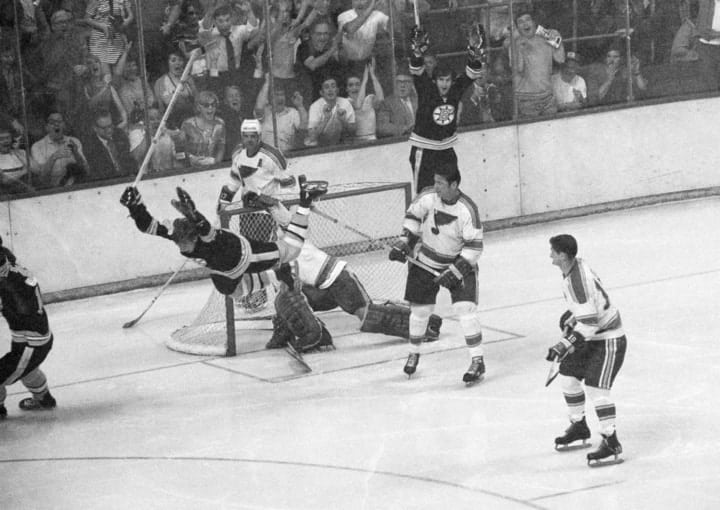 No. 4, Bobby Orr. One of the most classic images in NHL history belongs to the Boston Bruins and their Hall of Fame defenseman. In overtime of Game 4 of the 1970 NHL Stanley Cup Finals, the Bruins were on the verge of clinching their first Cup since 1941, and Orr delivered.

Almost instantly after burying the game-winning goal, Orr was unintentionally tripped by a defenseman, sending him flying through the air. The famous photo, taken from behind the goal, would come to symbolize Orr’s career and the “thrill of victory.” This less-known angle shows the same moment from the vantage of center ice.