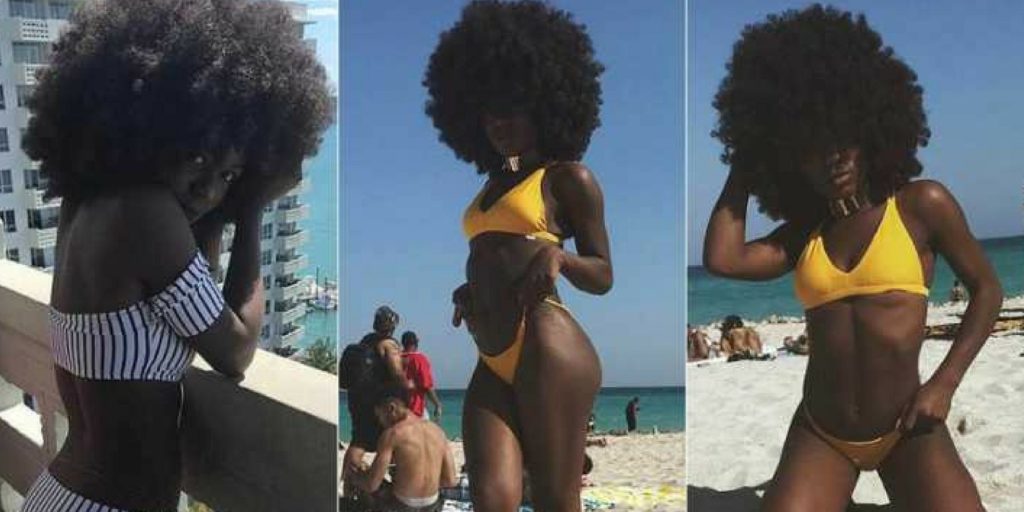 Skin lightening is a hugely profitable $10 billion dollar industry. In Africa, the pressure for black women to lighten their skin has produced some startling stats. In Lagos, Nigeria, one survey found that up to 77% of all residents use skin lightening creams. In 2014, Nigerian-Cameroonian pop star Dencia launched skin lightening product ‘Whitenicious’. (Dencia herself appears to have become several shades lighter in the past few years.) Her product sold out almost immediately. But an aspiring black model is fighting back against the pressure to lighten her skin. Mimi Mbah, 19, was born in Cameroon and now lives in Gaithersburg, Maryland. She has been praised online after hitting back at a racist Twitter user who said she would be more attractive if  ‘she was lighter’.

Mbah exposed the man by sharing his tweet and responding with the reply: ‘No thanks I wouldn’t trade my skin color for the world.’ Mimi’s classy clapback has won her the support of thousands online. 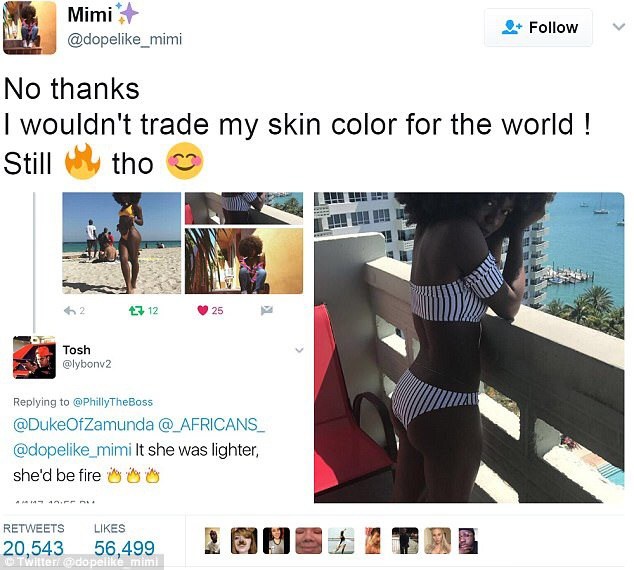 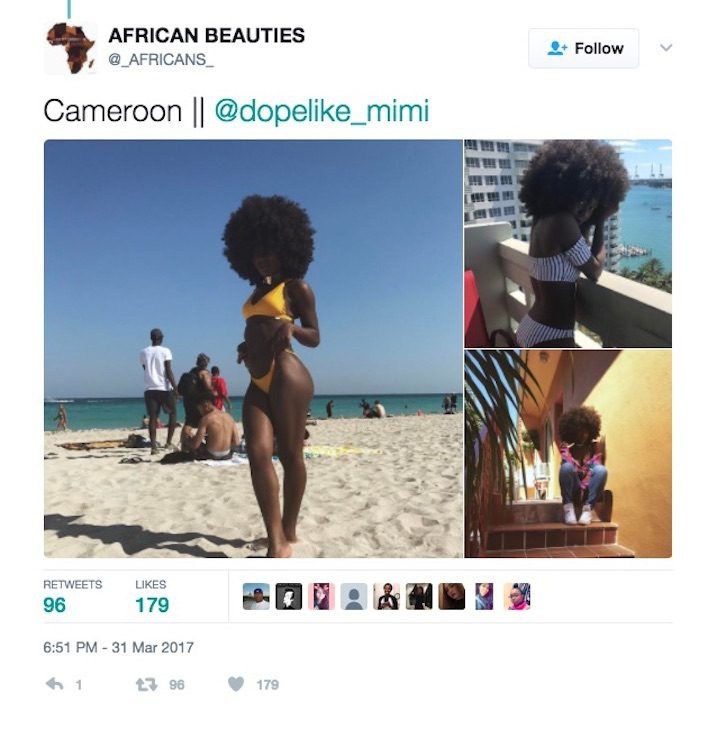 Mimi shared a screenshot from a Twitter user, who wrote under the username ‘Tosh’, that read: ‘[If] she was lighter, she’d be fire’