The “Cash me ousside” girl, Danielle Bregoli is soon to be 14 years old and has turned the world upside down with her now famous catchphrase (or cashphrase as she might say) “cash me ousside!” She uttered these words to the audience of Dr. Phil when they were showing their disapproval of her terrible behavior. Let’s not forget that this kid got famous when her mother took her to Dr. Phil, asking for help because her behavior was so out of control! When young Danielle uttered the words “cash me ousside… how bow dah?”, a viral sensation was created. Memes with the phrase appeared all over the internet, as did countless YouTube parodies.

Since her first appearance on Dr. Phil, she has started selling merchandise, pitching products on Instagram and making appearances all over the place. She went back to Dr. Phil a second time and even made the statement that she made him who he is today, like Oprah. When you put an ungrateful, rebellious teenager in the spotlight for all the world to see, it’s kind of like watching a trainwreck. But just like a trainwreck, we can’t look away. So with plenty to choose from, here are the 15 absolute dumbest things that cash me ousside girl, Danielle Bregoli has put on social media. When you slap your forehead in disbelief, don’t hit yourself too hard.

15. Made Oreo Jam with Logan Paul 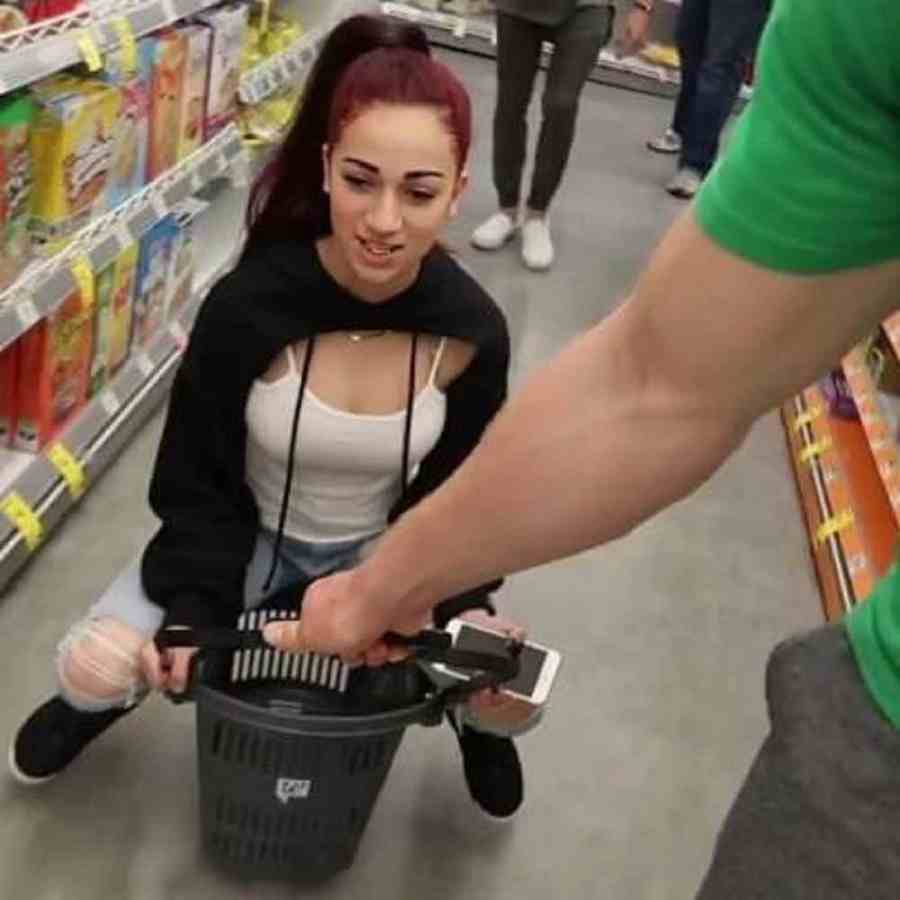 Logan Paul has become increasingly popular with his vlog, as evidenced by his nine million followers! Recently, he decided to make some Oreo jam and invited young Danielle to assist him with the project. From the beginning, she started showing off in the grocery store and it only escalated from there. You can certainly tell that he is trying to be a good sport, but when she starts going crazy in his kitchen, making a mess and not having anything resembling focus on the task, it just about gets to be too much. He commented more than once that he should have known what to expect when he invited her to participate. But doesn’t it just seem very sad that no one has any kind of high expectation of how Danielle will act?