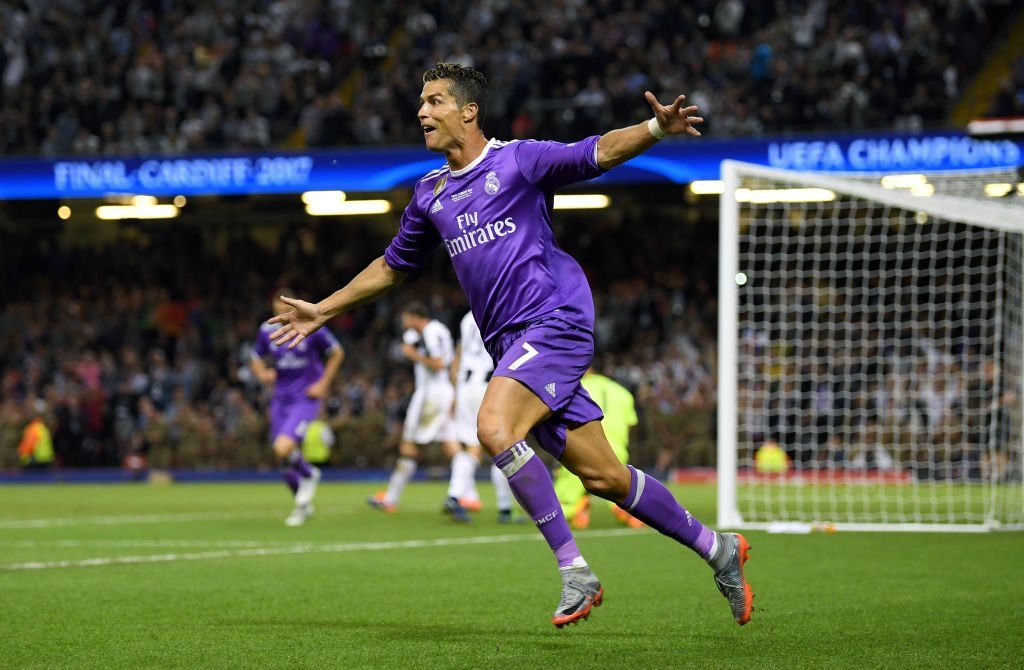 Cristiano Ronaldo has beaten Lionel Messi to the Champions league top scorer award after netting twice in the final against Juventus.

Madrid beat Juve 4-1 in Cardiff on Saturday, the Portugal international getting his side’s opener after 20 minutes and later scoring their third after 64.

That means Ronaldo finishes the tournament on 12 goals, one clear of Messi after the Barcelona forward did not play since the quarter-finals, when his side lost to Juve.

Ronaldo has now either won or shared the award for five consecutive seasons – a record – and has six overall top scorer triumphs.

Messi is one behind on five wins. He was outright winner for four straight years from 2009-2012, before sharing the accolade in 2014-15 with Ronaldo and Barca team-mate Neymar, when they all struck 10 times in that campaign.

1 – @cristiano has now scored at least twice as many CL goals as any other player in the QF’s (20), semi-finals (13) and finals (4). Giant. pic.twitter.com/FCVuatToJy

Ronaldo was nine adrift of Messi going into the quarter-finals this season, but eight goals in two ties against Bayern Munich and Atletico Madrid brought him back into contention before the Juve clash.
Casemiro and Marco Asensio scored Madrid’s other goals on a glorious night for Zinedine Zidane’s