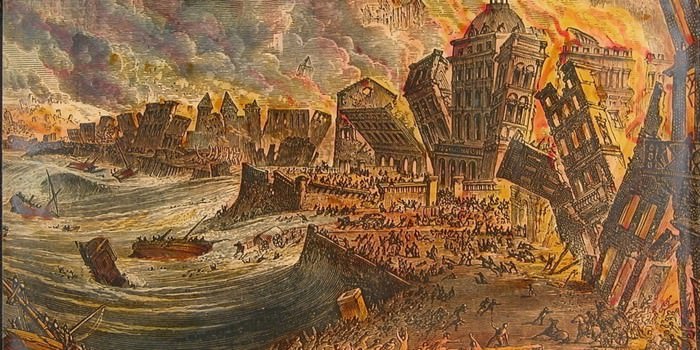 Exactly 40 minutes after the earthquake, an enormous tsunami wave engulfed the area. Three massive tsunami waves destroyed several towns, and some of the waves were almost 30 meters high. It was one of the most destructive earthquake and tsunami known in history to this day that resulted in the death of 70,00 in Portugal, Spain and Morocco.