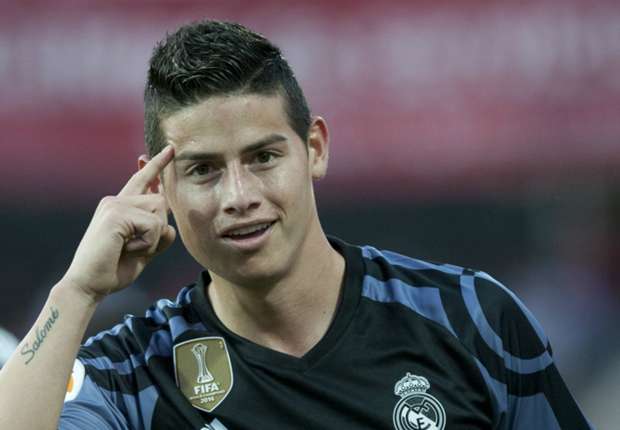 The Colombian may have played his last game with the Merengue after being snubbed on Saturday, a decision that angered many supporters

James Rodriguez will play no part in Real Madrid’s Champions League final after being sensationally dropped against Juventus by coach Zinedine Zidane.

The future of the Colombia star, who cost Real Madrid an estimated €80 million after moving from Monaco after the 2013-14 season, has been widely speculated upon in recent months, with a move to Manchester United mooted in the summer window.

While James has turned in some fine performances this season for Madrid he has lacked regular playing time, although he still managed a more than respectable 11 goals in 32 appearances in all competitions.

But there is no room for him in Zidane’s matchday squad, as he was left off the bench at the Millennium Stadium.

James and Lucas Vazquez are the most surprising omissions made by the Frenchman, who has the likes of Marcos Asensio, Gareth Bale and Alvaro Morata as his attacking options on the sidelines.

The news provoked a backlash on social media, with many Madrid fans feeling James’ absence was a slight against the talented playmaker.

Predictably, it was in his native Colombia that the most vehement criticisms of Zizou were to be found.

I think this is good bye. Thanks for everything James. pic.twitter.com/xosHkp472y