Actors also believe and experience the love at first sight notion because no matter how famous they get, they still possess a heart capable of giving and receiving love. It is not an uncommon practice that actors marry their fans although it sounds bizarre. Fans are not always clingy and creepy like those shown in the movies. Most celebrities avoid direct or intimate contact with their fans and marrying them does not rest on ordinary ears very easily. However, there are a few celebs who actually did marry their die hard fans and have lived very happily with them ever since! Have a look at top 10 celebrities who married their fans. 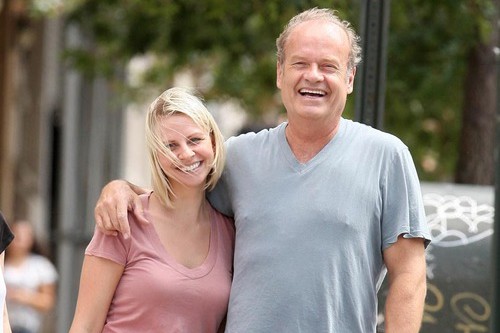 Kayte Walsh was a flight attendant and a fan girl when she stole the actor Kelsey Grammer‘s heart. And by stole, it literally means stealing! Kelsey was still married to Camille Donatacci, with whom he also had two daughters when he started a relationship with Kayte. When he divorced Kayte, the two were very quick to take each other as husband and wife, only two weeks following it. They have been together ever since then.