Police corruption is a form of police misconduct in which law enforcement officers seek personal gain, such as money or career advancement, through the abuse of power. For example by accepting bribes in exchange for not pursuing, or selectively pursuing, an investigation or arrest. In the past few years, there seems to have been a drastic increase of police violence around the world. There are many police forces known for inhuman behavior, deep-rooted corruption and other evil activities. They are most corrupt police forces in the world. Also, they’re known for their worst brutality.

Besides best police forces in the world, there are also some most corrupt police forces. They involved in such criminal activities that hurt the society and endangered its citizens. Many policemen are underpaid and want to make extra money, they turn to corruption – but their selfish acts have caused a large amount of damage on countries that desperately need help. We also wrote an article on top 10 corrupt countries in the world, you may like that.

Here are the 10 most corrupt police forces in the world 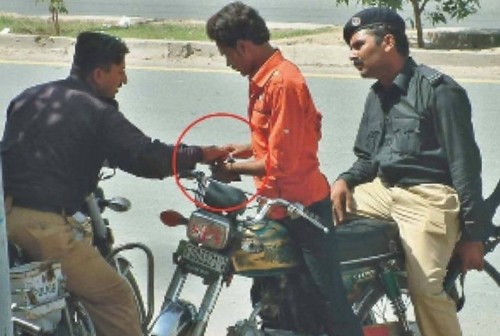 Pakistan’s police has been ranked among the most corrupt institutions in the country in a survey by an international anti-graft watchdog. Many citizens believe that the police is the most corrupt sector of the Pakistani government. Police brutality, extortion, bribery and arresting innocent citizens are all crimes that have been committed among Pakistan’s police forces. AJK police ranked top being worst in corruption and abusing. Punjab police is second worst police in Pakistan.