The iPhone 8 is bigger than iPhone 7 and smaller than iPhone 7+. If you are one of those people who are not fully aware of what the new device that launched on 12th September offers, then we have compiled a crib-sheet for you. Obviously, that you are here we presume that you are aware that all iPhone gadgets are premium products that basically cater to the higher end of the market. Here are a few things that you need to know.

The whole point of an iPhone 8 is that it is going to have a bigger screen than any device that Apple has yet made, but in a smaller body. This means that you will now have a phablet in your hand and you can enjoy the reasons that you buy a bigger phone for, without feeling sorry for the reasons that people do not buy a bigger phone for. It won’t stretch your hand to breakable point. A 5.8 inch display will enable this with a small and thin bezel at the top for the flash and camera. This will be the key reason for many people to upgrade to iPhone 8 since no other Apple phone has ever offered a screen experience of this size.

9. It will be faster than ever

Apple has decided to fuel up the engine a bit so that more power comes out. Let’s say it is going to feel like riding a mountain bike instead of a normal two wheeler without gears. You can expect a new chip that will not only run faster but will also offer a graphical grunt that would be better off than before. Apple owes this to the distance between the transistors on the chips that makes power management better. Now we don’t want to boggle your minds with physics and electronics so let’s just move on to say that this technology will be pricey- yes.

Sorry to break this to you if you were looking forward to an upgrade but like you already know, Apple caters to the higher end of the market so technology like this won’t come cheap given its past record. You will either need a decent income or you will have to save a little while before you can afford this phone. Think about the most expensive tariff that you have heard of, for phone contracts, then add some more. The phone alone will cost like $1000/ 900 GBP and 1250 AUD while you can add some meaty contract price to this figure and estimate the total for yourself.

7. It has two cameras

Maybe this won’t come as a surprise but the cameras will be arranged vertically instead of horizontally. This is for the AR functions which we will explain in a bit. AR stands for Augmented Reality. It will have better images in the form of sharpness and quality because of the optical image stabilisation in both cameras. Also you would be able to zoom in- literally! iPhone 7+ had a bokeh effect on screen which has been modified for iPhone 8 to make the images look smoother on social media. That is a big plus point for users. So basically, phones are a lot about images, photos and visuals.

Apple has never brought an AR machine into the market before. This will be the first one. After the camera upgrades, this will be a big boost in the impression that Apple already has. The new iPhone will be able to see your surroundings and assess the depth of what is being looked at. This was a big deal at the launch so AR is going to be a big push this year.

Perhaps one of the key advantages that rival Samsung has had over Apple is the OLED display that offers rich colours. Apple though awesome with respect to graphics, did appear black before. The colours will now be rich and more immersive. Because of the faster screen refresh, the device will lend itself to VR too. The new display allows HD playbacks and better visuals in terms of smoothness. These panels are currently being produced by Samsung and if Apple has joined in, it will certainly make money through it.

Actually no button at all. The button has previously already gone away on iPhone 7 where it vibrated when pushed, but now they have taken it away altogether. So how will users of apps “get home” as they use the new Apple iPhone? Well, the button will be there and on the same place but instead of being physically there- it will be at the bottom of the screen as users use their app. The button could in future move to the back of the phone for tapping or become an altogether different software type thing. Users might find it hard to adjust to this but we don’t see why it should be a problem when they are gaining so much screen in return for a button!

They are saying that the battery is bigger this time. Well, let’s hope that it is because this is something that has been fairly anticipated by the users of iPhone. The larger screen will require more power to run because of the greater number of pixels so the internal gearing up was a necessity. We yet need to see a battery as good as Lumia or Nokia by the way, but with a 3000 mAh battery the iPhone 8 might not ruin a most precious moment by turning off just when you needed the camera. iPhone 7 had a 2700 mAh battery which livened things up when it was realized, perhaps Apple is now going to have the longest lasting iPhone to date and that too with CPU improvements. Double deal!

Talking about the new design of iPhone 8, there is no headphone jack “anywhere” on the phone. Apple launched its earpods which is a harbinger of the wireless future that the company is looking at, because the current cans have certainly become relevant. If playing with the wire as you listen to something is still an addiction, you could find some Apple friendly headphones that you can insert in the lightning port. 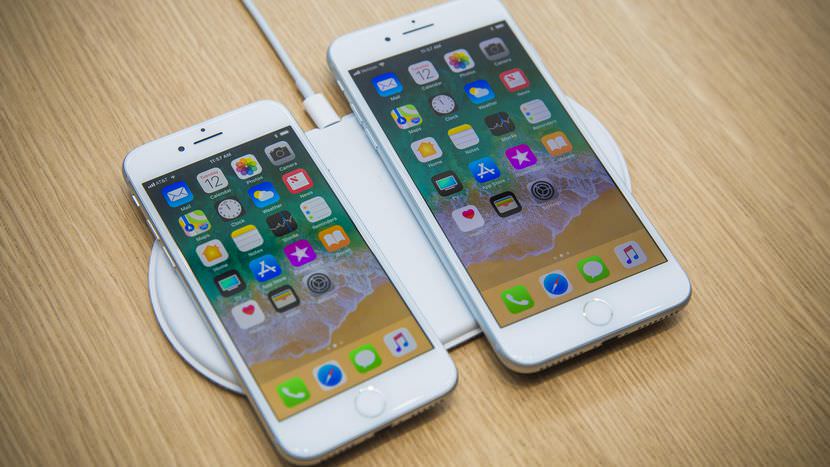 This is something that would push me to buy the iPhone 8 device for sure. Imagine not having to plug in the cable! Apple has taken up the fore position on the front line of wireless technology where the all glass backs of the iPhone 8 and other two upcoming versions, announced on the 10th anniversary of the company, will enable the phones to charge without cables. Third party accessories that support the Qi standard of charging and their own AirMat accessory will be used for the purpose. This is a challenge that any users have been looking for a solution to for a long time.

Apple hopes that consumers won’t mind the hefty price tag which comes with the latest iPhone 8. Also it is moving back from the legacy of introducing one gadget every two years- it is going to launch three devices in one year. Apple remains 2 years ahead of its competitors and that is what scares the rivals most. With three devices coming out in a single year, how far is it leaving the others behind?