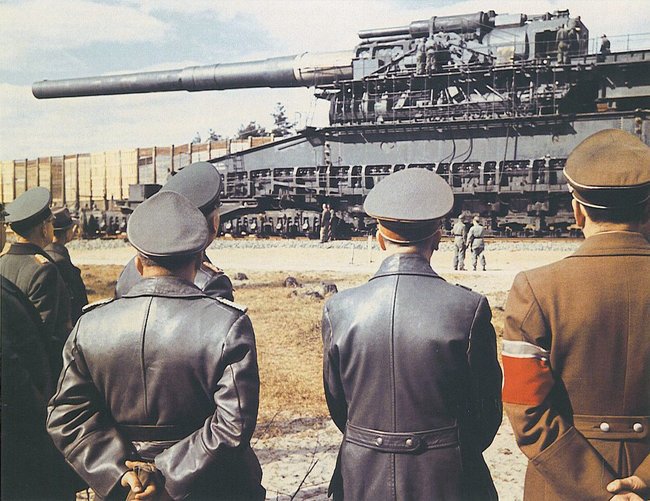 Hitler and Speer were mesmerized by the Schwerer Gustav, one of the largest pieces of artillery ever used in combat (1941). Look how massive that thing is!

The huge railway gun was designed in the late 1930s to destroy the fortification along the French Maginot Line, which were the strongest forts then existing. The Schwerer Gustav weighed 1,350 tons and and was as long as half a football field. Only two were every deployed.