Police are the law keepers of the society. Their job is to keep the situation under control, to catch the culprit and control violence but their job is not to punish. They are not the authority that decides which person deserves to be killed or punished. The police force is accountable under the law and constitution and they too cannot take the law in their own hands. Yet there are cases all over the world where police has been known to step beyond their traditional role. Some forces have occasionally put a toe across the line but others have gone many steps across the line. Here we listed ten countries with worst police brutality.

The police force was formed for the first time by a Muslim Caliph names Umar al- Khattab (R.A). It was then known as “ash-shurta” and was headed by a Head of Department much like the Highest Inspector nowadays. Its role was peace-keeping but with time, the growing population and the changing human psyche and its dynamics pushed police away from their basic role. Now police is used as a brutal force to control brutality. Though it is quite ironic, police is also very important. Below are ten countries with the highest brutality rate in the world. Sorry to break your surprise but United States of America tops the list. Although, the country has world’s best police force! Surprised? Read on… 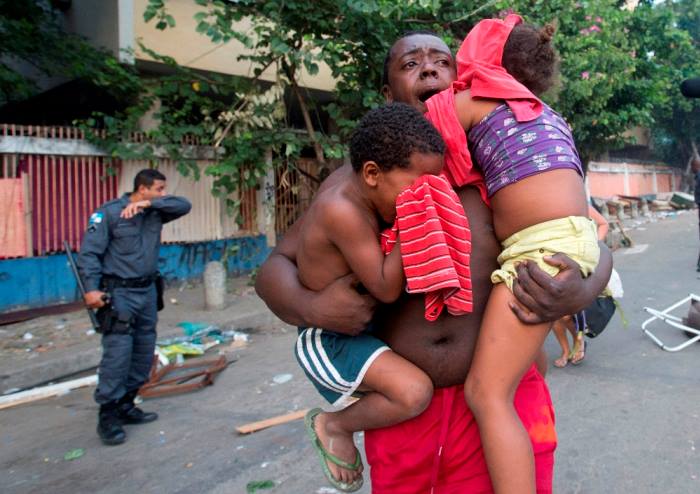 Brazil was in the news a few months ago because of the Olympics hosted in Rio de Janeiro. It was also covered because of the high instances of worst police brutality in the country. It is very common for the police to kill people when they are trying to control mobs and illegal land occupations. They have a free ticket from the government to control the situation as they want to. It is also not uncommon for police to plant evidence in order to frame someone that they think is not good for the society. There have also been racial and black men killings in the process. Nearly all the deaths that are reported are deemed self-defence. The problem is that police is trying to control brutality with brutality so the gang war does not seem to abate.