Vince Lombardi Rides Off into Victory 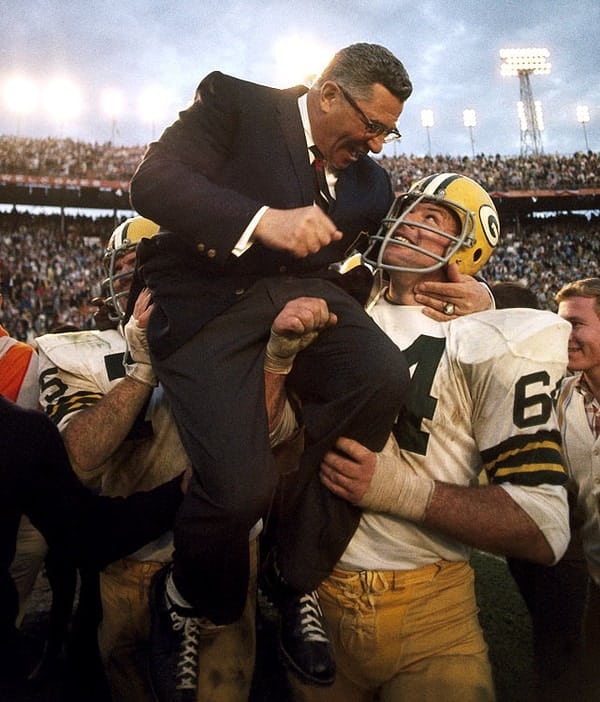 Head Coach Vince Lombardi helped give Green Bay the nickname “Titletown.” He guided the Pack to five NFL Championships in the 1960s, including the first two Super Bowls in 1966 and ’67. His victory celebration? Being carried off the field by his players. In this case, after Super Bowl II in Miami, Lombardi was lifted up by lineman Jerry Kramer.

As it turned out, this was Lombardi’s final ride as the Packers’ coach. Lombardi stepped down soon after this game, and would later coach the Redskins before dying of cancer in the early 1970s. The Super Bowl trophy was then re-named the Vince Lombardi Trophy in honor of the legendary Packers coach.