Tyrese’s custody battle with his ex-wife, Norma Mitchell Gibson, has been nuts. She has accused him of being physically abusive and of beating their 10-year-old daughter Shayla. He believes that Shayla was coached to parrot lies about him. It has been very, very dramatic.

Norma reportedly claims that back in 2007, while she was pregnant with their child, he burst into their bedroom after midnight, poured water on her and proceeded to punch her multiple times all over her body.

She added that following the birth of their daughter Shayla, he allegedly punched her in the head while she was holding the toddler in an elevator. 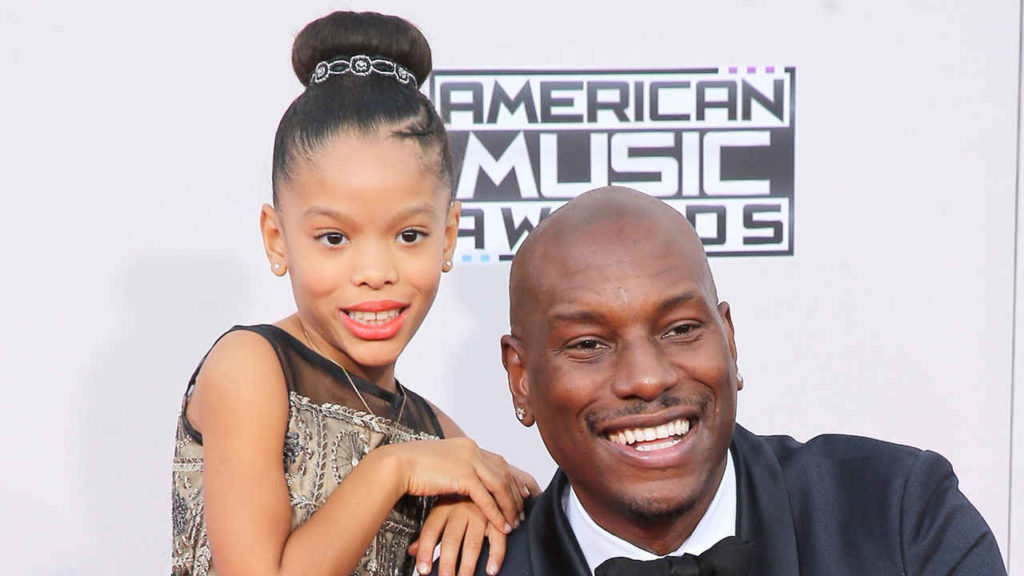 According to court documents, Norma says Shayla was staying with Tyrese on August 19th when he allegedly “went into a rage, pushed our daughter to the ground, pinned her face down, put his knees on her back, grabbed her hands with one arm and beat her with the other.” The incident began when Tyrese accused the young girl of “stealing her own piggy bank money that she received for her birthday.”
Her accusations led to the Los Angeles County of Department of Children and Family Services investigating him and issuing a restraining order – forbidding him from contacting Norma or Shayla.
Earlier this week, The “Fast & Furious” star took to Instagram, breaking down over his custody battle in a public show of emotion. Tyrese revealed he is paying $13,000 a month, sad that he hadn’t seen his daughter Shayla for over two months. Gibson made the emotional appeal to retain some custody of his daughter, as his ex-wife Norma Gibson seeks a restraining order against him and seeks full custody of their child.

“Don’t take my baby please, don’t take my baby,” he said while breaking down. “This is all I got, this is all I got, this is all I got. Don’t take my baby, OK? I’ve been away from my baby for two months. I just want my baby and no one’s listening because no one is in the court room.”
Well after many court appearances over the past few weeks, a judge has ruled (according to TheBlast.com,) “The Los Angeles County Department of Children and Family Services closed their investigation and will not be seeking any criminal charges against the actor.”
Well, we certainly hope for Shayla’s sake that he is not as mentally unwell as he has been acting lately. Maybe his wife can help him?